What is this bursary about?

Purple Bandage Members are passionate about empowerment, and the best way to empower the youth is through education. With that in mind, Purple Bandage has embarked on their latest project. The aim is to help successful candidates to receive a well-rounded, holistic education. This is the first ever School Bursary opportunity valid for the 2019 academic year.

The Purple Bandage team has been a proud host, supporter and partner of the Salaam Foundation and Salaamedia #Riding4SAeducation campaign as it reached the Roshnee leg of its journey.

The Purple Bandage team officially welcomed the riders at the entrance of Roshnee, together with a delegation from the Mayoral commitee, and a number of educational institutions  including iTutor students, and Roshnee residents. The procession then headed towards the Roshnee Islamic School where Purple Bandage along with other groups, including the Roshnee Islamic School, VMWF, and Roshnee Primary School and  held an informative event. The Guest of honour was the Mayor, who pledged his support for the campaign. Purple Bandage is a proud partner of the initiative to donate 9 bicycles, and boxes of libaray books to the campaign. Azhar Vadhi accepted a number of donations from the Roshnee community. The Roshnee event was headed by Miriam Chamda who handed over the books to the  #Riding4SAeducation Team

The campiagn got off to a rolling start from the border town Musina in the Limpopo province. Two cyclists and directors at Salaam Foundation, Azhar Vadi and Zaheer Pahad the first leg of their journey reaching Louis Trichard in just over five hours. They plan to cycle a total of 3000km finally ending at Cape Point in the Western Cape.

A lovely opportunity to earn continuous reward by sponsoring a shady fruit-bearing tree.
We are embarking on a journey to turn Roshnee into a beautiful green oasis and we need your help

The benefits of more trees are vast, and among these benefits are the important ones such as:
●Trees clean the air,
●They provide oxygen,
●Trees will help cool down our town,
●They help save water
●They are beautiful markers of changing seasons.
●Trees will attract more diverse bird and insect life, and most importantly,

Winter: shorter days, longer nights.. For many of our people out there, this is the time of year that they dread the most due to their inability to be able to keep themselves and their loved ones safe and warm from the fast-dropping temperatures... And so, it's that time of the year again for us to open our hearts and help to warm bodies and win hearts! Purple Bandage has embarked on its yearly #WinterWarmYourHeartCampaign.

Help us to help others by sponsoring a blanket for just R70.
By the grace of the Almighty and with YOUR generosity, over 2000 blankets have been distributed over the last two years to 2000 needy souls. This means 2000 more people have been able to keep warm because of you! Help us to help many more people this year.
Blankets will be distributed to needy recipients in and around the Vaal area.

Banking details are as follows:

"No man is a true believer unless he desires for his brother that, what he desires for himself"-Bukhari & Muslim.PURPLE BANDAGE on behalf of the ROSHNEE community has joined CWF and Fiza in their "Heart of a Muslimah Abaya & Kurta Drive"We urge you to donate your gently worn abayas and kurtas that will be distributed to eligible men, women and children.Kindly place the abaya / kurta in a zip lock bag with the size marked on the top OR present it as you would normally do an Eid gift with ribbons and bows, etc. Drop off at 35 Asir Crescent, Roshnee.

"Witnessing the conditions that our muslim brothers,  sisters and children of Syria are facing on a day to day basis just for Survival brings tears to ones eyes,  and this is  just the condition  of the refugees  who fled to Turkey. The question that lingers in ones mind is what and how much worse off is the conditon of the innocent civilians that are left inside Syria?" , expressed one of the team members

Volunteers from Roshnee, including members of Purple Bandage, hosted the Open Day at the Mandela Clinic in the Tumahole township in Parys on the 3rd April 2016 in Free State. Premier Ace Magashule addressed the community members on the services available at the newly renovated clinic. The Clinic has partnered with the Islamic Medical Association (IMA) to bring basic medical services to the community.

Media Review Network (MRN), express deepest appreciation to Purple Bandage for its donation of Palestine T-shirts to Media Review Network (MRN). The T-shirts, along with the book Why Israel?, will form part of an educational pack that is distributed free of charge to disadvantaged students at Palestine workshops that we regularly conduct around the country. T-shirts and other paraphernalia form an integral part of building solidarity with the Palestinian people.

Another Batch of T-shirts were donated to BDS - as part of the PSA fun walk Campaign.

PB together with RNW is helping Roshnee go green. Pb has donated a number of trees to RNW. These trees form part of the greening Roshnee project of RNW. This project of RNW includes the veggie garden project. This forms part of RNW inititative to grow produce to help feed impoverished families in the area.

Humanitarian aid has no boundries
With the onslaught of social media messages about a destitue family  from Wiellers farm who hadlost their shack due to a fire, The Purple Bandage team made it their responsibility to respond urgently. This was all in keeping with the teams motto: Healing Humanity.

PB was the first NPO  to respond and upon assessment,  the team decided to rebuild  the lives of this family by purchasing a new shack and collecting much needed essentials such as clothing,  toiletries and basic neccesities

Members of the Purple Bandage team recently returned from their visit to Jordan. The trip was described by members as a milestone for the growing organization as well as an eye opener to the bigger world outside of our Sunny South Africa.

On its first ever humanitarian trip abroad, the team embarked on a 4-day trip to the blessed land of Shaam, expecting the worse at the Jordanian boarder due to recent events in and around Shaam. Alhamdullilah, by the mercy of Allah, Purple Bandage members passed through border control and entered AMMAN. 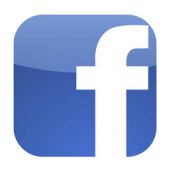 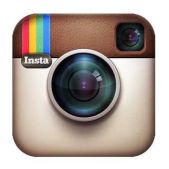